Sugar output jumps over two-fold at 42.9 lakh ton in October-November 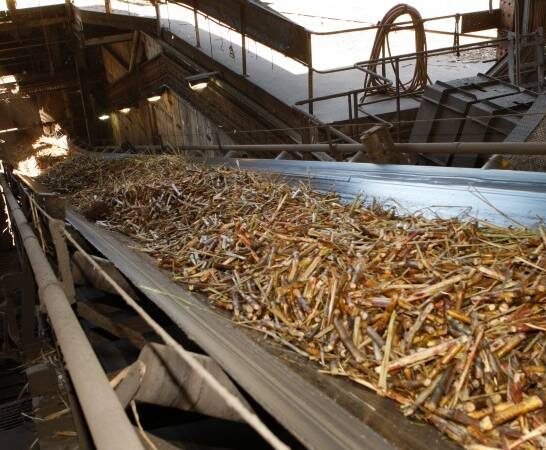 Total number of 408 sugar mills in operation across the country as on November 30, 2020 have produced 42.90 lakh tonnes of sugar in the ongoing sugar season 2020-21 (October-September) as compared to 20.72 lakh tonnes produced by 309 sugar mills in the same period a year ago, said Indian Sugar Mills Association (ISMA) in a release on Wednesday.

According to industry body, sugar production rose by 22.18 lakh tonnes or 107 per cent in the early two months of the current season as compared to last year because of earlier start of sugarcane crushing this season.”Production trend in the current season so far, appears to be more or less similar to 2018-19, when 418 sugar mills had produced 40.69 lakh tonnes of sugar, except that the diversion of cane juice and B-molasses this season to ethanol will be much more, resulting in a net reduction of around 20 lakh tonnes of sugar,” said ISMA.

In Uttar Pradesh 111 sugar mills were crushing sugarcane on November 30, 2020 and have produced 12.65 lakh tonnes of sugar till that date.

The higher production is because of earlier start of crushing operations in Maharashtra and higher availability of sugarcane in this season, said the industry body.

Currently, it is reported that about 55-60 sugar mills are diverting B-heavy molasses/cane juice for production of ethanol in the current season, as compared to about 25-30 sugar mills in the corresponding period last season.

Crushing operations in all the other states have also begun and the pace of crushing is picking up. About 61 sugar mills are operating in other states which have produced 1.77 lac tons in this season as on November 30, 2020, as compared to 53 mills which produced 1.64 lakh tonnes of sugar in the previous year.

The average ex-mill sugar prices in most of the major states are reported to be declining with the commencement of current season w.e.f. October 2020, barring a few Northern states where the prices are more or less steady.

In the two major states, Maharashtra and Karnataka, the ex-mill prices which were hovering around Rs 3,200-3,250 per quintal for last couple of months have gone down by almost Rs 50-100 per quintal.

Similarly, in the Southern states also, the ex-mill prices have declined by a similar margin.

This indicates pressure in domestic market due to high opening balance, expected increase in production in the current season, delayed export programme announcement by the Government and no decision yet on increase of MSP of sugar.