Sugar output up by 25% to 17.68 m tonne in Oct-Jan period: ISMA said in a statement. The production is up by around 25%, backed by an increased yield in Maharashtra. 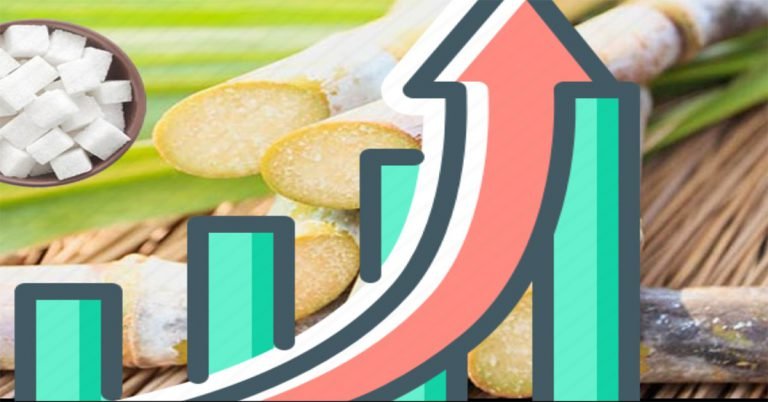 Sugar production in the country rose by over 25% to 176.83 lakh tonnes in the four months of the current cane crushing season 2020-21 (October-September), compared with 141.04 lakh tonnes during the corresponding period in 2019-20 season.

Among the states, production in Maharashtra, which had a bad sugar season last year, has increased substantially to 63.80 lakh tonne from 34.64 lakh tonne in the said period, while production in Uttar Pradesh – the country’s leading producer last year – remained slightly lower at 54.43 lakh tonne till January this season, against 54.96 lakh tonne a year ago.

Maharashtra- sugar production was 63.80 lakh tonnes till January 31, 2021, compared with 34.64 lakh tonnes produced in the same period in the last season. In the current season, 182 sugar mills are in operation compared with 140 mills in the 2019-20 season, said the apex industry body.

Other States- In Tamil Nadu, Andhra Pradesh and Telangana, 37 sugar mills in operation produced 3.56 lakh tonnes as of January 31, 2021, compared with 4.39 lakh tonnes produced by 39 sugar mills as of the corresponding date in 2019-20 season.

Over the Budget proposals, ISMA said the increase in import duty on denatured ethyl alcohol from 2.5% to 5% would make inward shipments costlier by around Rs 1 per litre at the current global rates, which, in turn, would increase the demand for domestic molasses and alcohol produced by the Indian sugar industry and grain-based distilleries, giving better returns. This will ensure better payments to the Indian sugarcane and grain farmers, it said.

“The Budget also talks of encouraging renewable energy, clean air as well as emphasises a lot on encouraging Indian agriculture. This will give further boost to the ethanol production from sugarcane and surplus grains and maize, because ethanol-blended petrol reduces vehicular pollution and directly improves air quality. It would directly benefit the Indian farmers,” it said.

“Overall, the Indian sugar industry welcomes the various steps taken by the government to financially help the industry and the sugarcane farmers,” ISMA said.

Sugar sales in the first three months of the current season, i.e., up to December 31, 2020, is reported to be more or less similar to last seasons around 67.5 lakh tonnes, said ISMA.

On the other side of the budget discussions, the industry body requested the government to extend all those benefits and incentives proposed to be given to other sectors – which contribute toward improving air quality and increasing renewable energy production in the country – to the sugar industry and distilleries that produce and supply ethanol for blending with petrol.